Saadi Gaddafi’s trial has been adjourned until October 12. The postponement was in response to a written request from Saadi’s defense team who were prevented from attending the hearing.

“The United Nations Working Group on Arbitrary Detention has called for the immediate release of all Al Hadba detainees, including Saadi Gaddafi, claiming their detention and trials have violated all international laws and norms. They have referred the matter to the Special Rapporteur on Torture.” 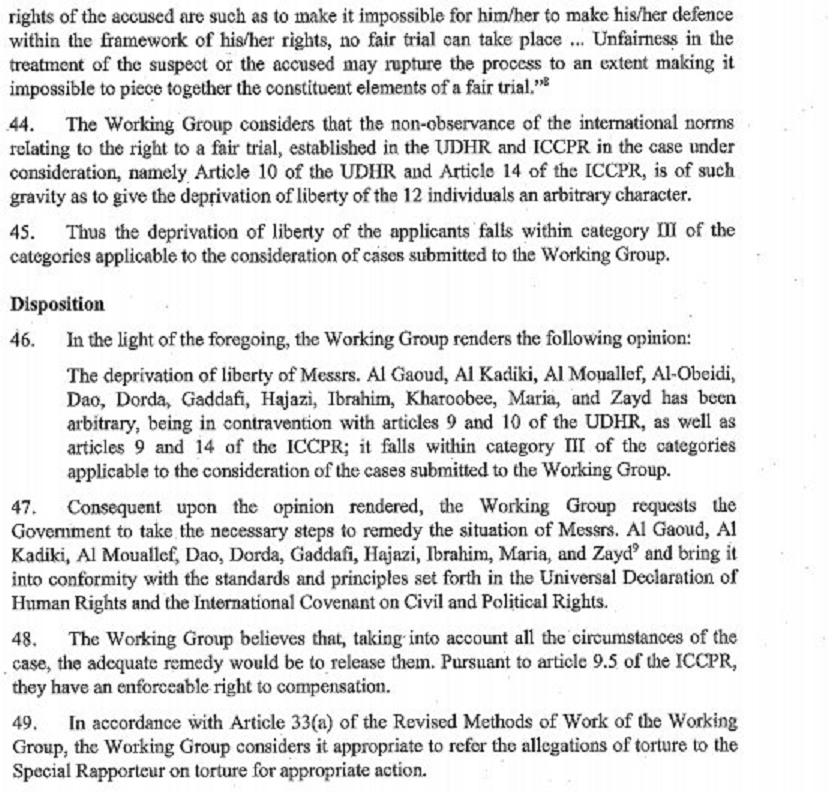 Not only has the UN-instated “government of accord” ignored the findings and recommendations of the UNWG, they have taken no action to arrest and prosecute the perpetrators behind the Alruyemi prison massacre of detainees who had been acquitted and released, even though three of the assassins were positively identified.

Independent investigations revealed that the detainees were brutally tortured and murdered inside Al Hadba prison 24 hours before their bodies were left on gruesome display at several locations in Tripoli. The killings followed a fatwa issued by al Qaeda’s Sadiq Al-Ghariani . He has not been prosecuted for his role in the murders.

The fate of thousands of detainees in custody and in prisons, secret and public, including children, women and men, is unknown.

I call on human rights organizations for international intervention to investigate the slaughter. – Fatma Abu Fire

Alruyemi Prison Massacre: Case Will be Presented to the ICC

The Supreme Council of Libyan Tribes, individual regional tribal councils, human rights lawyers and advocates, human rights organizations and the United Nations Working Group on Arbitrary Detention – demand the full activation of the Amnesty Law and the release of all political prisoners from detention facilities throughout Libya.

Not only is this about justice and saving innocent lives.

No authentic national reconciliation can be realized until all political prisoners are free.